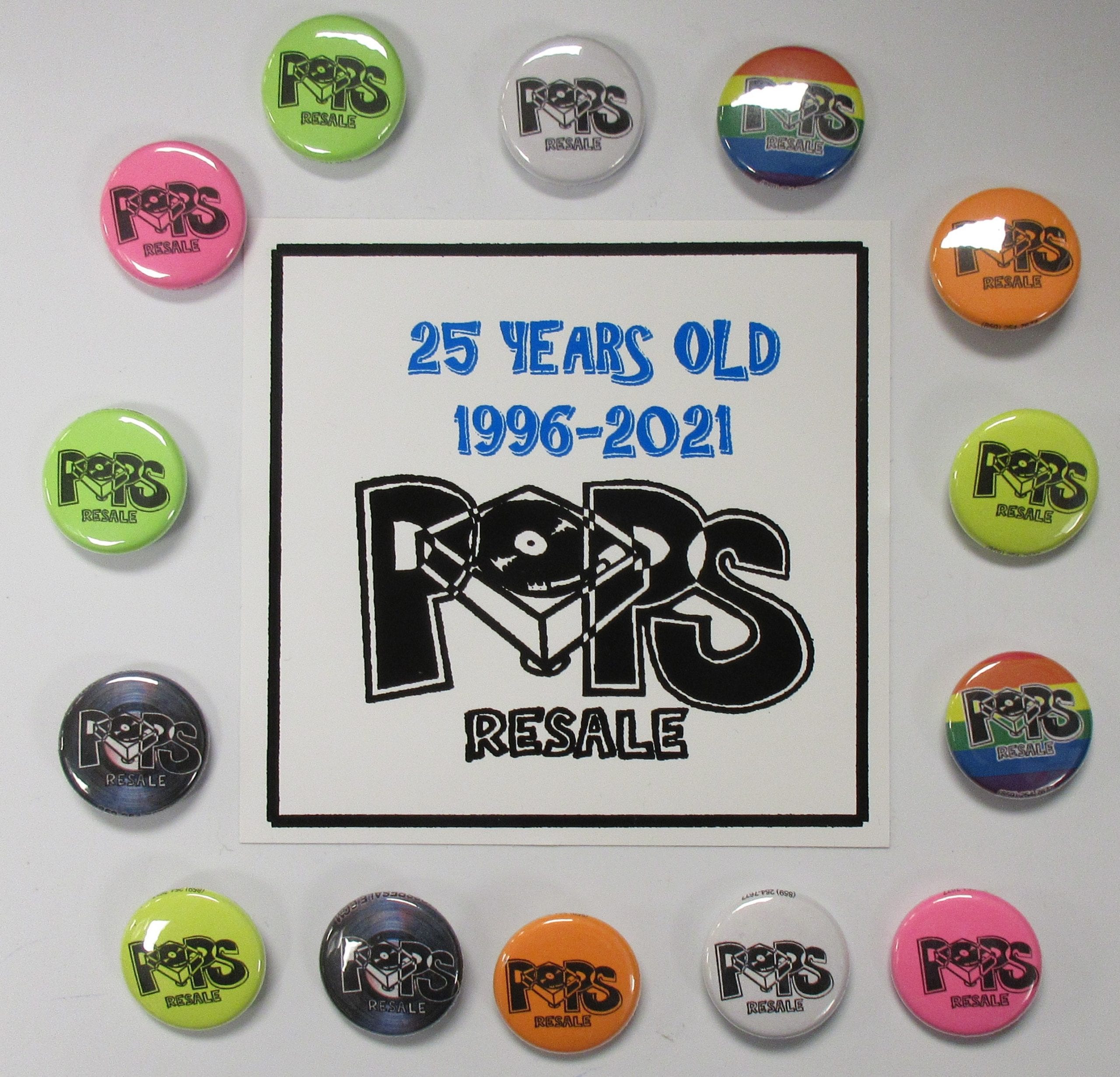 This coming Saturday, May 22, 2021, POPS Resale turns 25. It has been an interesting ride! When we opened, Bill Clinton was the President. Gas was just over a buck-twenty a gallon. Stamps were $.32.

I had been an independent manufacturer’s rep in the electronics industry and was getting weary of being a road warrior. Early in 1995 (Feb 14th, Valentine’s Day) I was hospitalized due to a myocardial infarction: fancy name for a heart attack. So Sharon (my wife since August of 1974) and I decided it was time for a change. We found a location on Leestown Road that looked promising. We leased and started work on the building in October of 1995, hoping to open mid-January of 1996. When the second heart attack came January 1 of 1996, we were told it was time for a bypass operation. I wasn’t exactly thrilled with the prospect, since my dad had undergone bypass in 1988 and never came out of it. But genetics are hard to fight, so I went with it. Sure did put the kibosh on opening in mid-January!

At the time, 6.600 square feet was a LOT of space. We didn’t have near enough product to fill it. Thankfully, we had some parachutes that had come from a military surplus auction, and we used them to block off a large bulk of the rear of the building. So we filled up around half of the space. As we added merchandise, we just kept moving the parachutes back until there was no space left to block off. That’s the way it now stands. We’ve been through lots of ups and downs to bring us where we are today. My personal hardest was the loss of Sharon in 2016 due to lung cancer.

The one constant has been our customers. We have many that have been with us since the first year. We even have some third-generation shoppers, which is just such a joy to see. You have been the ones to keep us going, and I can’t begin to tell you how much it is appreciated. This last year and a quarter has been a challenge, with a pandemic threatening to shut down so many businesses. But you didn’t give up on us, nor we on you. And yes, we lost a few due to policies we put into effect to keep everyone safe. But we stuck to the principles that we started with: treat people the way you wish to be treated, and that includes safety and respect above all.

So thank you all for sticking with us these many years. We have always and will always treat you as we would wish to be treated. Stay safe, stay healthy, and hopefully we’ll see you soon.